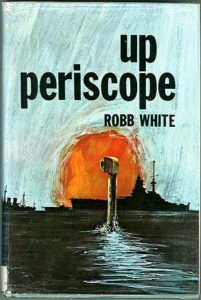 “UP PERISCOPE” By Robb White. (Fiction) American submarine USS Shark on a perilous and top-secret mission into Japanese waters. It was 1943, the tide had not yet begun to turn in the Pacific. Ken Braden, fresh from Underwater Demolition School was aboard Shark headed to a remote Japanese held island to steal an enemy code. White’s book “Up Periscope” became a major motion picture of the same name, staring James Garner. Rare 1956 Hardback edition with dust jacket. Jacket wrapped in nice protective plastic. A former library book, with the card pocket removed, (see photo below). Other felt-tip markings inside the front pages over the library name, (see photo below). 251 pages, no photos, maps or index.. 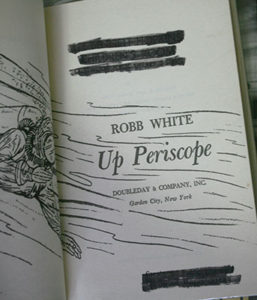 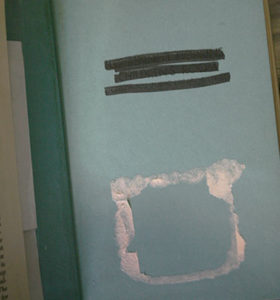