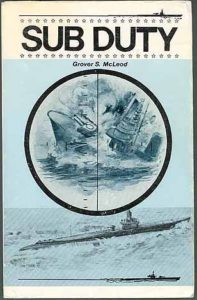 “SUB DUTY” By Grover S. McLeod. Author McLeod tells an engrossing yet true story of his World War II submarine duty in the Pacific. He saw action aboard several American boats, the first being Finback (SS-230). Commander “Pete I.J. Galantin was his skipper in USS Halibut (SS-232). Serving aboard Hawkbill (SS-366) the Executive Officer was the famous George Grider. Never published in hardback. This is a 1986 first edition Softbound (8 1/2 inches tall, 5 1/2 inches wide). 581 pages, 9 maps, 25 black and white photos and countless diagrams. Includes an index. A very difficult book to find, long out of print and this copy is autographed by the author! 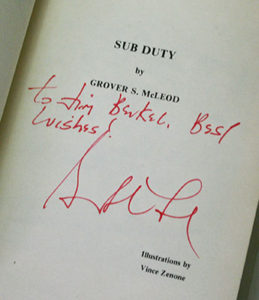